Celebrate Valentine's Day 2023 with code: VALENTINE for 20% OFF any order! 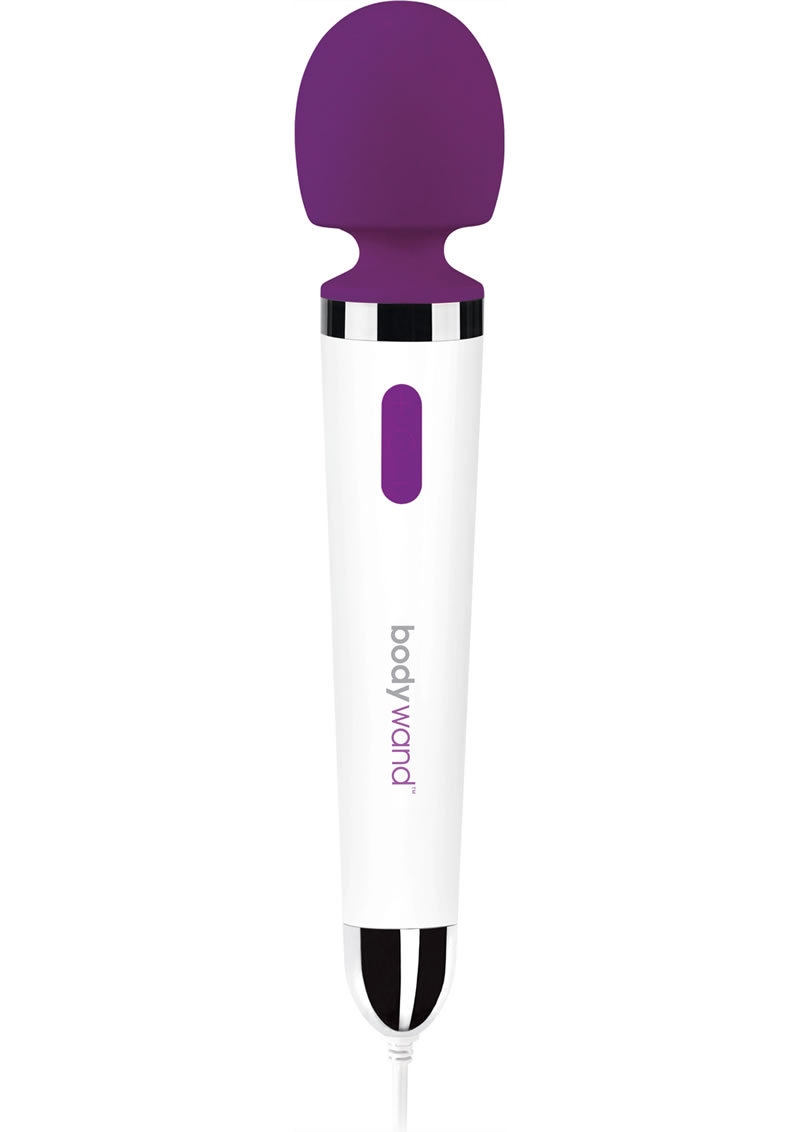 This Plug-in Bodywand massager is powerful and precise and the super smooth head feels luxurious against your skin. It features an extra long cord that gives you added play potential. It has a smooth silicone head that delivers precise pleasure and the flexible head allows you to pleasure those hard to reach spots. This wand has one touch control for seamless use. This massager is simply plugged into the wall making it ideal for regular use.

Will not power on after two weeks of purchase.

I haven't had it for very long, maybe a week and a half and it's already a little messed up. The vibrations are super low, and when I try turning it up it just turns off. Every once in a while it will kick in and do what it's supposed to do(sometimes in the middle of when I'm using it on the lower vibrations, yowch!) other than that, it's a great product and works really well.

My Wife loves it

This was a gift for my wife, and she loves it. Actually, we both do!

Like it a lot. Has strong massage vibes which relaxes all of the muscles fast and thoroughly.

This body wand worked on all my body parts, inside and out. I started with my neck and ended up massaging my clit. It was much easier to use than most of my vibrators.
Tina G.

Its all mine now

Gives the most intense long lasting orgasms ever. Originally bought it for my husband to massage his stiff, aching muscles with, but ended up to be my favorite sex toy instead.

Thank you for shopping with us!